Drug of Choice or Drugs Were My Choice? 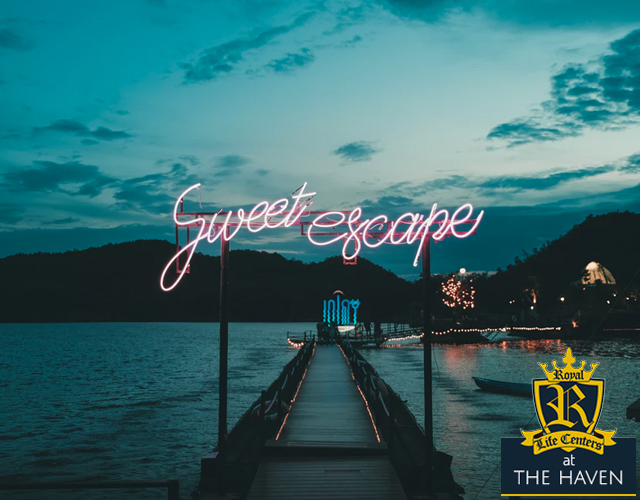 People in recovery always ask “what was your drug of choice?” Go to any rehab or detox and that’ll be the second question you’re asked after your name. Look around at who people hang out with in treatment, it’s not by gender, not by age, it’s not by geography, it’s not about race, it’s about the alcoholics hang with the alcoholics, the coke and meth people hang, and the pill people hang and look down on everyone.

The big mistake the public makes is thinking that people with a substance use disorder only suffer from being addicted to one thing. It’s the same mistake most 12 step fellowships make. I’m an alcoholic, I’m an addict, I’m a cocaine addict, I’m a heroin addict, when in reality most of us were addicted to a number of things. We were addicted to different substances over the course of our life. In my opinion, most of us simply just had a favorite drug for a period of time, or because this drug or that drug wasn’t around at the time, we had a drug(s) we used more frequently.

Many of us especially in the beginning of our drug use drank alcohol and maybe smoked pot first. We smoked cigarettes. Does this make these drugs, gateway drugs? I think we should really call it, drugs of first use. Why these drugs? Availability and mass distribution. Simply, alcohol, cigarettes and cannabis are literally available 24 hours a day 7 days a week everywhere.

If 7/11 sells it, you’ll probably get addicted to it. (except for those hotdogs that have been cooking on that roller for 15 hours…it’s just gross). In Washington State, cannabis can be purchased legally 16 hours a day, or illegally whenever you want. In the United States, 11 states have legal recreational cannabis use with 33 allowing medical cannabis. The big three, cigarettes alcohol and cannabis have mass distribution and sales, mass acceptance and pervasive use in the US. How many years will it take for 7/11 to have a cannabis aisle next to the Doritos section?

It can be the same with opiate/opioid users. Many if not most start with pills. Vicodin, Tylenol #3s, Lorcet, Norco, Codeine to name a few. We mostly got them from our doctors and local pharmacies. Some raided mom and dad’s medicine cabinet, some had a pill at a party first. Not too many people addicted to opiates/opioids started off banging heroin in their arm on day one.

If you noticed this is a “stay in your lane” approach to drug use and recovery. We only talk about the progression of use of a single drug class. You’ll commonly hear, it started with a few beers after work and after a few years, I was drinking a bottle of whiskey every night. Or, I started with just a few lines of coke at a party and later I was smoking crack at a rundown hotel for weeks at a time. It’s rare you’ll hear people talk about the progression of their addiction to multiple substances at the same time. The reality is, our progression of drug use and alcohol to abuse levels occurs at the same time. Your abuse of one drug will eventually lead you to abuse other drugs or codependence or a process addiction like gambling or all of the above.

It’s also odd to me that people will admit or recognize an addiction to one substance but get offended at others, if they imply they may be addicted to more than one. You’ll hear people commonly say they were addicted to heroin for years and recovered, but now they safely have used cannabis daily for twenty years. Or that they were a cokehead for a decade and got sober, but now only drink alcohol every day— this second DUI doesn’t mean they have an alcohol use issue. My favorite is the alcohol use disorder guy who’s been on Xanax for 20 years but doesn’t have a “problem” with that because a doctor prescribed it.

What I’m describing is poly-substance abuse or cross addiction. We love to be high. We love to be intoxicated on something. We love to just be intoxicated 24/7. Some people will take one drug (like cocaine) to be able keep taking a drug like alcohol or heroin. I had one guy tell me it’s a cycle, he would have a few drinks and then to mellow out would smoke some weed, after a while of being too down he’d do a few lines of coke to perk things up then be too speedy and have a few more drinks and smoke a blunt; but he felt he didn’t have a drug problem, because he just wanted to party and be social. Well, if you have to take three drugs just to hang out with your buddies, you may have a drug problem dude. You may not pinpoint one drug of choice, but drugs have definitely become your choice.

Some people are poly-addicted so it will seem like they don’t really have a problem, they aren’t really an addict. They don’t drink “that much,” only smoke a few bowls every day, only do coke on the weekends, my doctor gives me the Klonopin, they only smoke heroin never shoot it. They may not have a “drug of choice,” but let’s count it up. They’re doing four or five drugs during a month, spending $1000 on them, missed two days of work and can’t pay the rent; they are an emotional wreck and seem bipolar. How long can a person go on treating their body like a chemistry set?

Chances are, the poly-addicted person will have other compulsive behaviors and issues. Compulsive shopping, eating disorders, being a workaholic, sexual addictions and compulsions. The addiction disguises itself as a new outlet, and continues to harm the individual. They’re trapped in a cycle of abusing chemicals and compulsive behaviors instead of addressing the underlying condition.

So, What is Your Drug of Choice?

What’s the answer? Recognize that the vast majority of people are poly substance users and abusers and have a multitude of compulsive behaviors and process addictions that have to be treated. Many others have all that, and, some sort of mental health diagnosis like depression, anxiety, bipolar disorder. Someone may be going to detox for drinking, but unless we treat the whole person, fix the underlying causes and traumas and behaviors, another substance addiction will most likely reoccur.

It may be a year later and the heroin addict will turn to alcohol, will act out sexually, or become a compulsive gambler. This frequently happens after a major life event or stressor, like a death of a loved one. It can happen when a great success comes your way, like a promotion or financial windfall too.

If you’re in recovery for any length of time, you’ll see it happen to your friends. Your heroin addict buddy will be totally abstinent, then just have a few beers after work one day or go on the marijuana maintenance program. The next week he’s at the casino with three hookers, playing poker, buying two eight balls then getting arrested for DUI. The slide back into insanity is usually very quick.

How to Overcome the Desire to Escape

So, let’s treat people holistically. People who come into treatment must be completely honest about their use of any substance(s) and their process addictions and compulsive behaviors. Look at it like this, your car was in a wreck. We’re not just going to patch the dents and paint the car; we have to fix the brakes and give you a tune up too.

If we can’t help you as soon as possible with all of it to the best of our abilities, you need to go to a center that can. If you get honest and give us all the information, we can come up with a treatment plan that will work for you long term. Let’s address the core issues and then all the resulting issues. Let’ get you happy and well and on a firm footing.

In conclusion, it’s my belief we don’t have a drug of choice. We chose, at different times in our lives, a favorite drug we used with great regularity. That drug probably changed over time for a number of reasons. If you go into treatment or get sober, try changing everything and working on everything. Maybe not everything every day, but just keep plugging away at the big picture.

Drugs were my choice, my choice every day for 25 years, for the past 10 years I made a choice, I made a decision to stop using. I have choices today. I make better decisions today. I’m happy and healthy. I have a life. You can too.

If you or someone you love is struggling with an addiction, please reach out to us. Our admissions coordinators are available to take your call 24 hours a day, 7 days a week at 877-RECOVERY or 877-732-6837. Because We Care.